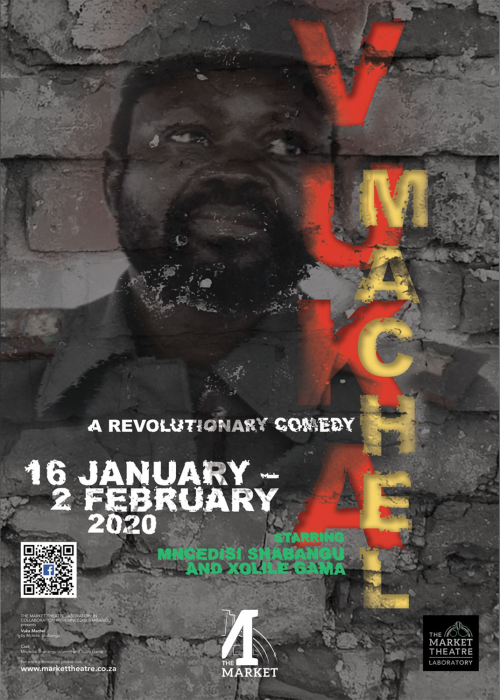 Vuka to the Machel returns Ramolao Makhene Theatre at the Market Lab in January 2020, giving more people a chance to catch this storytelling masterpiece.

Vuka Machel is a revolutionary comedy told by two chicken thieves from Kanyamazane, just outside Nelspruit in Mpumalanga. Through the eyes of this infamous pair, the audience is taken on a journey in which Samora Machel wakes from the dead to find his wife married to Mandela and Mozambique suffering. He challenges Mandela to all sorts of fights. The biggest mistake he makes is to agree to a negotiation at the World Trade Centre where Mandela challenges him to a boxing match. Mandela is notorious for winning all his fifty fights through negotiations. Written and directed by Market Lab alumnus Mncedisi Shabangu, and performed by Mncedisi Shabangu and Xolile Gama, the play is a funny and insightful commentary on the lives and philosophies of two of Africa’s most influential leaders. Mncedisi, who is well-known for his role as Khulekani in Rhythm City, and prolific actor Xolile use their unique brand of storytelling and rare style of physical theatre to make this play an exceptional treat.

Originally created in 1998, and the winner of an FNB Vita Award for Best Director in 2003, Vuka Machel was last performed as a one-off presentation as part of the Market Lab’s 30 year celebrations this year, where it received such an enthusiastic response that it was clear that it needed a longer season.

This fantastic comedy is just the beginning of an exciting year of programming at the Market Theatre Laboratory, including the return of its flagship residency programme, and showcase opportunities to provide theatre-makers a platform to present new work. Eclipsed ‘Phifalo Ya Ngwidi’, a powerful play made by Market Lab students with the direction of Sylvaine Strike, about the Life Esidimeni crisis, will return to Johannesburg stages, while the award-winning Hani: the Legacy and The Little Prince gear up for national and international tours. 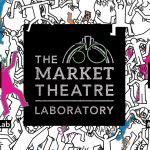 30 Years of The Market LabMarket Theatre 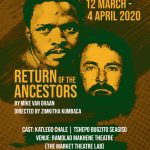 MIKE VAN GRAAN’S RETURN OF THE ANCESTORS COMES TO JOHANNESBURG FOR THE FIRST TIME!!!Market Theatre