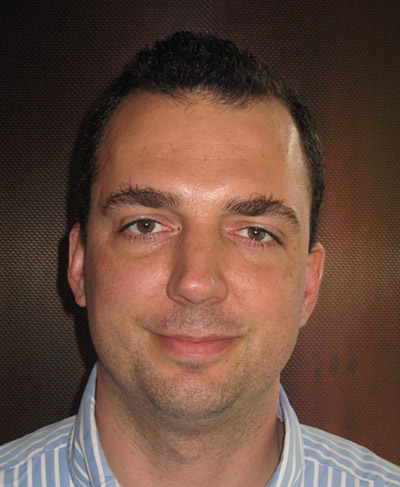 Alex Burger is a professional writing in television, film, and theatre as well as lecturing in writing at Wits University.  Mr. Burger is currently the head writer for seasons 3 and 4 of the eTv show Umlilo.  He is also a writer and story-liner on the new Mzansi Magic drama Doubt, and has various television and film projects in development in South Africa, the UK, and the USA. Mr. Burger’s theatre and writing work includes The Inkanyamba, a children’s play performed at the Market Theatre Laboratory (2015); Whose Blood: A Tale of Desire and Despair set in a 19th Century Operating Theatre played to a fully sold-out run in London (2011).  Mr. Burger holds a B.A. from Harvard University in the Study of Comparative Religion and an M.B.A from the Institut Européen d’ Administration des Affaires (INSEAD). He has lived and worked in over 17 countries, volunteered with Mother Teresa in Calcutta, India and grew up performing in more than 1,200 productions of the 60-person Le Grand David stage magic company. 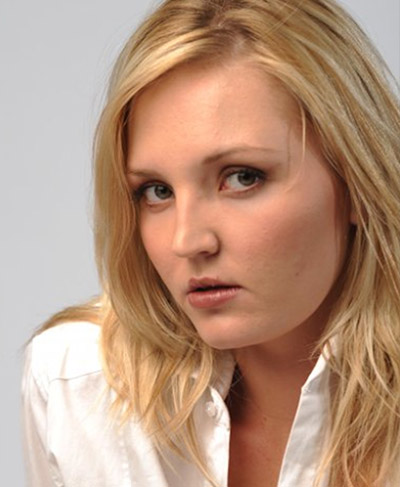 One of the founding members of the POPArt Theatre, Hayleigh graduated with a BA Hons from AFDA in 2007. In addition to investing in South African performing art talent through POPArt projects, she was also heavily involved with arts and culture promotion through her work as brand manager of Johannesburg’s Maboneng Precinct  from 2010 – 2014. She is also a theatre producer and actress.

Hayleigh was recognised as one of Mail & Guardian’s top 200 Young South Africans in 2015. 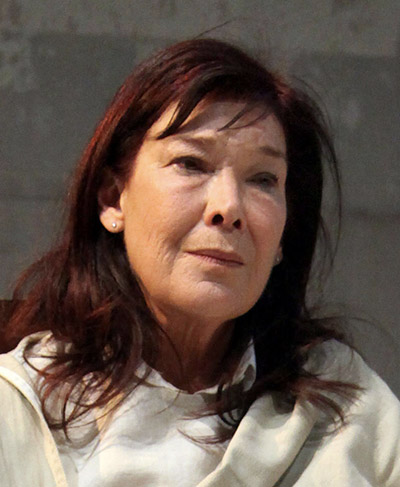 Dorothy is one of South Africa’s premier actresses and teachers. The recipient of 25 Awards, her work has taken her all over the world.  She has performed in over 300 theatre productions and has played 18 of Shakespeare’s heroines.

During a 5 year stay in London, she worked in 50 different cities but especially on London’s West End at The Duke of York’s Theatre, The Royal National Theatre and at The Swan Theatre in Stratford upon Avon. She spent two seasons at The Crucible Theatre in Sheffield and worked opposite Frank Langella, Dame Janet Suzman and Sir Antony Sher.

In her performance in Molora ( Klytemnestra),) she travelled the world for 10 years performing all over the United States of America, in Montreal, Ireland, Hamburg, Athens and again across England, Scotland and Wales.  In all these cities, Molora received 5 star reviews. Titus took her to the Royal National Theatre, West Yorkshire Playhouse and Spain and Hamlet to The Swan Theatre, Stratford Upon Avon. Janet Suzman’s The Cherry Orchard (subsequently called The Free State) played in London, Bath, Poole and Birmingham.

Dorothy has appeared in numerous television series and dramas: she was nominated for an Artes Award for the title role in Anouilth’s Antigone; she won Best Actress in a multi camera series in 2000 for her role in local soap opera, Isidingo. She has performed in a number of International films and television series notably Rough opposite Sir Derek Jacobi, in Runaway and in 2014, in Warner Brothers Unfriended.

In 2012 she was a keynote speaker on Shakepeare in Africa at Goldsmith’s College, London. 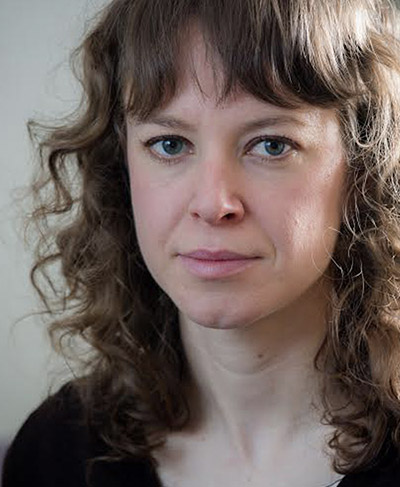 Alex Halligey is currently pursuing her PhD in Drama through the University of Cape Town’s Drama Department and the African Centre for Cities. She is researching through her own performance practice the ways in which performance based public art in Johannesburg might help to explore the relationship between people and the built environment. She teaches part-time at the Market Theatre Laboratory and the Wits Theatre and Performance Division and continues to write for daily radio soap opera, Radio Vuka, flighted on SAfm. Outside of her research she works with physical theatre ensemble, Le Club; environmental activism theatre company, Well Worn Theatre, and continues to make her own performance work. 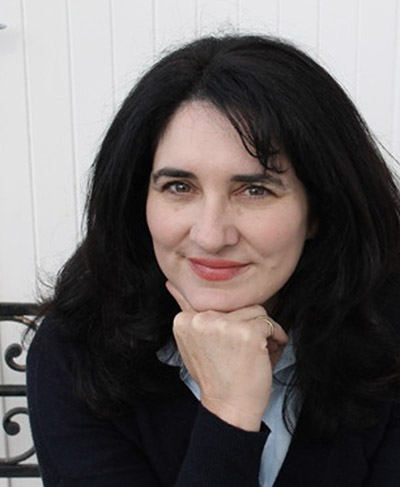 Leila Henriques is a writer, director and actor. She trained at The Oxford School of Drama and spent a two year residency at The Tabard Theatre in London. On returning to South Africa she joined the innovative Loft Theatre Company in Durban. She has performed in over thirty productions in theatres across the land, including The Playhouse, The State Theatre, The Baxter Theatre, The Alexander Theatre, The Alhambra, The Mandela Theatre and the Theatre on the Square. But it was at The Market Theatre that she did some of her most challenging work. Her most recent performance (2015) was in Sue Pam Grant’s play The Something Prince at The Market Theatre. She has performed for both television and film, including The Prisoner for ITV and The Devil’s Whore for the BBC. Leila has directed for theatre and also for the corporate world. Productions include: Yerma, Road, Red Shoes, Midwinter all for Wits and The List for The Baxter Theatre. Leila is a passionate teacher having taught acting at Wits, AFDA and now at The Market Theatre Lab. She together with Irene Stephanou wrote the book The World in an Orange – exploring the work of Barney Simon published by Jacana, which was shortlisted for the Alan Paton award. Leila is currently completing her MA in the ancient Portuguese performance style of Fados.

Themba Mkhoma is a writer, theatre and film director whose passion has always been education, training and development in the Literary and Performing Arts Sector. He is a part time fieldworker for the Market Theatre Laboratory and a founding member of The Living Newspaper, a Soweto based project that uses drama workshops as a tool for youth development. He is also the founder of Logs and Pebbles, a workshop series that uses storytelling techniques, roleplaying and character development exercises as a tool for personal growth and for community dialogue. Themba is the co-creator of Siyakholwa, an SABC 1 children’s television show produced by Excon Productions. He was a writer on Season 2 of Zone 14, an SABC 1 TV drama series, and Season 1 of Heist on ETV. His film directing includes Ä Gift for Christmas, a feature film produced by MNET, and Mirage of Life, a TV Series for Africa Magic. Themba is currently completing his Master’s Degree in Drama Therapy with Drama for Life at the University of the Witwatersrand. 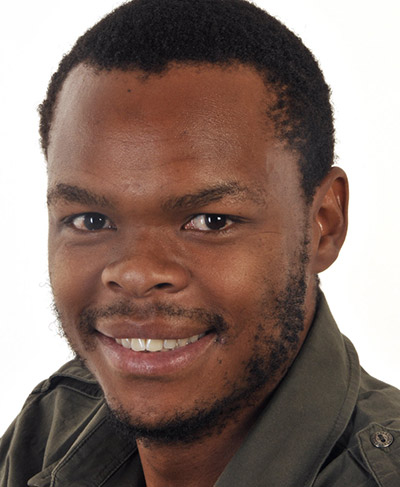 Omphile Molusi is a writer/actor/director/teacher/researcher. His acting credits include:  Lepatata, Cadre, The Book of Rebellations, Itsoseng, Shakespeare Dreaming at the Zoo, Sizwe Bansi is Dead, Animal Farm, Robben Island Bible, The Tempest, Romeo and Juliet, The Mirror, Caucasian Chalk Circle, Much Ado About Nothing, Echoes, Blurring Shine, Julius Caesar, Sharpeville 1&2, Scandal, Thola and others.

He is currently the chairperson of Mowa Art Fields, a Children’s Theatre Organisation in North West. He was the first recipient of the Brett Goldin Bursary which gave him an opportunity to intern at the Royal Shakespeare Company. He also won the Scotsman Fringe First Award 2008 for Itsoseng at the Edinburgh Fringe Festival in Scotland. He won the Andre Deshields award for best performance at the Black theatre alliance awards 2010 in Chicago. He is also a member of the PlayRiot Collective. 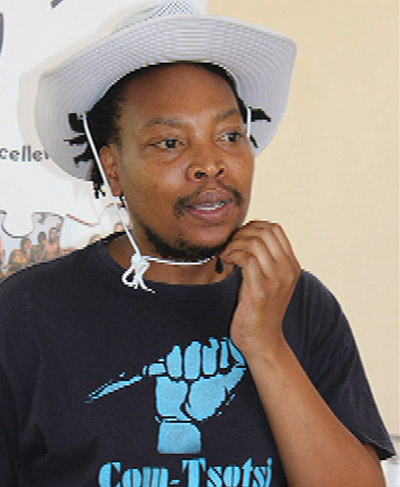 Since studying at the Market Theatre Lab in 2001-2002, Monageng has written Echoes (Naledi Award 2006), O bone eng? Presented at the Windybrow Theatre’s Writers on Stage 2007, Chasing Laughter, Presented at Mmabana Mafikeng March 2014 and NAF 2014, Book of Rebellations (co- written with Kgafela oa Magogodi and directed for the Soweto Theatre 2014 and Artscape 2015. The play was nominated for 3 Naledi Awards. He directed The Story I’m about to tell, Soweto Theatre 2015, Pub Stories, HIFA 2013 and Sizwe Banzi is Dead, Windybrow Theatre, 2010, Market Theatre 2011, Pacofs 2012. He also directed Modus Vivendi by Pepi Kambule, for which he also worked as a dramaturge, as well as The Dead Politician, which he co-wrote and directed for Macufe 2008. He worked as a dramaturge for the Market Theatre on Next Sunday (Zwakala Festival winner 2011) and The Playroom (Zwakala Festival winner 2013).

As a mentor and educator Motshabi has worked with the Gauteng Theatre Practitioners’ Ishashalazi, Twist Theatre Projects in KZN, Savannah Trust in Harare and the Market Theatre Laboratory among others. 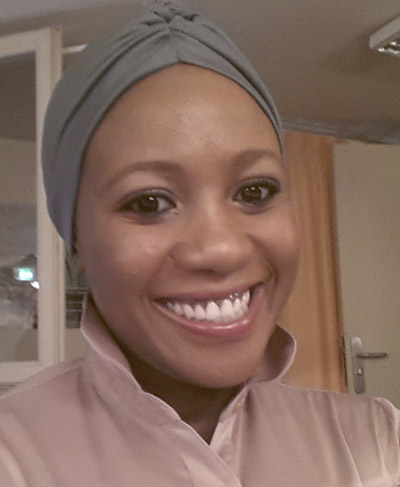 Mbali Nkosi is a dancer, choreographer and teacher. She started dancing in Soweto Dance Theatre with Jackie Semela, and graduated from the Johannesburg Dance Foundation in 2006. Mbali has performed in different dance festivals at home and abroad, including tours around Europe, Africa and South America with different production companies doing musicals, dance productions and carnivals. She has been selected to do residencies in Senegal and Ghana. She co-choreographed Via Sophiatown with Via Katlehong, a show that has been running for three years in France. 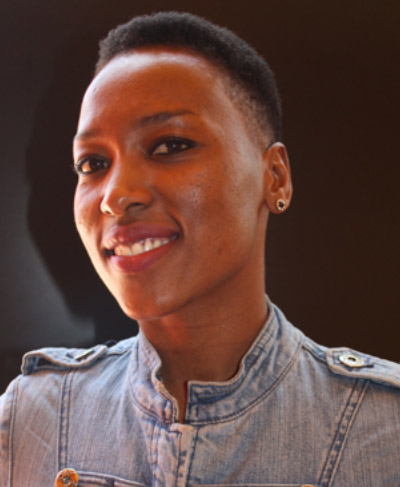 Teresa is a dancer, choreographer and teacher. Born and raised in Ivory Park and originally from Limpopo Province, she started her acting and dancing career in 1999 with a community group called Township Mirror Theatre Group under the leadership of Oupa China Malatjie. She studied drama at Paul Rapetsoa’s Institute of Dramatic Arts and dance at Inzalo Dance Theatre, after which she was a trainee at Tribhangi Dance Theatre where she trained in different Indian dance styles. From 2010 to 2014 she was a senior dance company member at Vuyani Dance Theatre under the leadership of Gregory Maqoma. Teresa was also a dance teacher for their Outreach Children’s program and the Vuyani Saturday Academy. In 2015, she was a teacher and dancer at Moving Into Dance Mophatong. Teresa has toured internationally as a dancer.The highlights of her career include performing in Thabo Rapoo’s Sehume Tlokweng for Dance Umbrella, Luyanda Sidiya’s Indlela for Dance Umbrella, James Ngcobo’s Raisin in the Sun, the 2010 FIFA World Cup kick-off concert, and the ANC Centenary Celebration. She also choreographed and performed in A Tribute to Maya Angelou and collaborated with Thandazile Sonia Radebe to create Lingering. She was a co-creator of SOLD, by Themba Mbuli, and has established a dance training programme in Limpopo called Dance Infinity Project.

Dan Robbertse graduated with a BA Dramatic Arts (Hons) at Wits University. He first worked backstage and in audience development at the Market Theatre before being appointed Education Officer at the Market Lab in 1990 – a position he held until 2013. During the 90’s he worked extensively as a Cultural Activist. Dan has acted in 10 productions at the Market Theatre and toured overseas in various productions. He has appeared in over 40 Feature Films, most recently filming Black Sails, Kalushi and Rivonia: An Act of Defiance, as well as numerous TV series. Currently he is also teaching at AFDA Johannesburg.