A unique African adaptation of
The Little Prince to celebrate his
75th anniversary!

An African inspired adaptation of Antoine de Saint-Exupéry’s classic fable, The Little Prince will be performed by the Market Theatre Foundation’s brand-new theatre company, Kwasha! and will premiere at the National Arts Festival in Grahamstown. This promising Pan African production will then tour South Africa, including Durban, Bloemfontein, Sasolburg and Johannesburg.

Antoine de Saint-Exupéry’s world famous and timeless classic book is celebrating its 75th anniversary this year – and is still as vivid as ever! The book is brought to life in an exciting production created with the additional support of Mazars reinforces a fruitful collaboration between the French Institute of South Africa (IFAS) and the Market Theatre Foundation.

Originally written in French, The Little Prince is the world’s most translated book, outside of religious works. It is translated in 300 languages including English, Zulu, Afrikaans and Xhosa. It tells the story of a little boy who leaves the safety of his own tiny planet to travel the universe, learning the vagaries of adult behaviour through a series of extraordinary encounters. Known as a children’s tale, it is also considered as a metaphor of a grown-up meeting his inner child. It is a philosophical contemplation of loneliness, friendship, adulthood and authority.

The Little Prince performed by Kwasha! will be a magical re-telling of the book using an innovative and playful fusion of art forms – storytelling, music and circus – in multiple languages, creating a unique South African inspired production of this French masterpiece, for adults and children alike.

The Kwasha! theatre company is a collaborative project between the Market Theatre Laboratory and The Windybrow Arts Centre. The project aims to support the careers of recent graduates and to provide drama classes for youth at the Windybrow Arts Centre. Five of South Africa’s most exciting emergent theatre-makers have been identified as the inaugural members of the company, and now work together to create a programme of exciting new theatre pieces.

and more dates to come throughout
South Africa!

ABOUT THE LITTLE PRINCE

This book is a philosophical tale about a Little Prince who, through an initiatory journey around the galaxy, discovers adulthood and several concepts such as Love, Friendship, Happiness, Loneliness …

The story begins when the narrator comes across a mysterious little boy in the middle of the Sahara’s desert who tells him about his adventures. The Little Prince left his small asteroid where he lived with a very special Rose, to start an intergalactic travel. He visited many planets where grown-ups incarnate humankind’s most common vices before landing on Earth where he learnt his most important lesson from a fox: “It is only with the heart that one can see rightly; what is essential is invisible to the eye”.

Born in 1943 in New York, The Little Prince is a worldwide publishing phenomenon. It is a philosophical tale, with humanist values shared for more than 75 years.

Saint-Exupéry’s original illustrations of The Little Prince are famous around the world and across generations. The Little Prince has been used as an icon for many causes, such as World Peace or Childhood Rights. With its many translations, the book contributes to the preservation of rare dialects. Therefore, this classic tale has become a must have in every library, creating bonds between generations, people and continents.

THE LITTLE PRINCE IN FIGURES

Born on July 29th 1900 in Lyon (France) in an old aristocratic family, Antoine de Saint-Exupéry served in the Air Force as a pilot. His career nourished his writing, and both talents earned him the French Medal of Honor. His novels Southern Mail (1929), Night Flight (1931, Prix Femina) and Wind, Sand and Stars (1939, Prix de l’Académie Française), are worldwide successes, as are his late novels, written in the US during the war: Flight to Arras (1942) and The Little Prince (1943).

Having joined the Free French Forces to combat Nazi Germany, Saint-Exupéry was shot down on mission on July 31, 1944. The Little Prince was first published in April 1943, initially in French and in English. 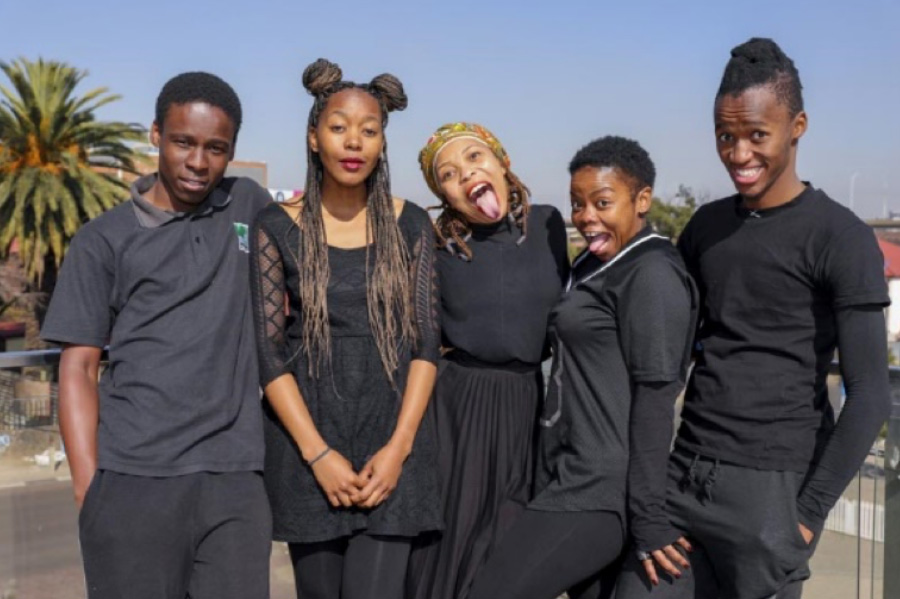 Kwasha! is the isiZulu interjection which, loosely translated means, ‘it’s on fire!’

As their name suggests, Kwasha! is a group of trailblazing theatre-makers. The theatre company was formed as part of a collaboration between the Market Theatre Foundation and the historic Windybrow Arts Centre. From a pool of applicants that stretched across the country and as far afield as the UK, five of South Africa’s most promising young actors were selected to form the Kwasha! Theatre Company.

Between them, the company is a well-oiled performance machine. Sinenhlanhla Mgeyi is a self-taught dancer-choreographer with 11 years of experience, having started in community theatre at the age of 4. Along with Sinenhlanhla, Mathews Rantsoma toured the UK last year with the international production Encountering the Other, where they collaborated with British theatre company OddManOut. Khanyisile Ngwabe is an accomplished singer who also got her start in community theatre. Lesego Chabedi made her television debut this April on the new web series Bold Girls and Balindile ka Ngcobo is a popular voice-over artist who also makes her television debut later this year in the British drama series The Widow.

The company set stages ablaze with their debut offering, ‘Ngale Kwendlu: The Other Side of the House’, directed in participation with Alex Halligey and Tamara Guhrs. They followed this up with a run at Maboneng’s POPArt theatre, presenting ‘ErrorS: A Comedy’. The show was directed by Christopher D. Betts, who received the Julie Taymor World Theatre Fellowship at NYU and became POPArt’s first international artist-in-residence.

Next up, in collaboration with the French Institute of South Africa (IFAS), Kwasha! embarks on a national tour with their reworking of Antoine de Saint-Exupéry’s The Little Prince. With directors Clara Vaughan and Mwenya Kabwe, the company will debut The Little Prince at the Market Lab before presenting the work at the National Arts Festival, touring in South Africa and ending with a run at the Market Theatre. 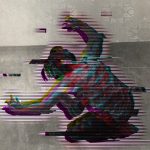 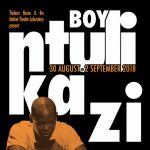